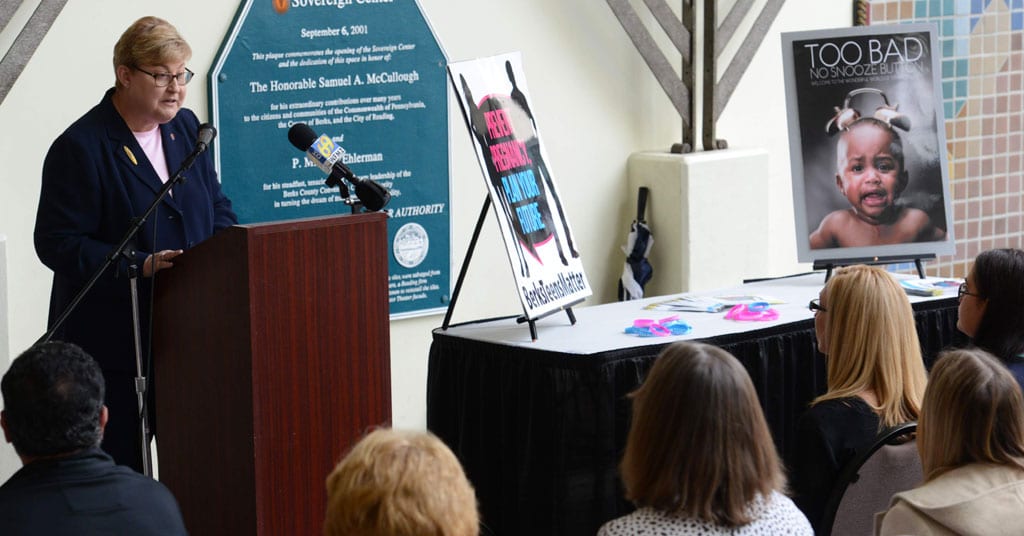 Taxpayers in Pennsylvania feel the brunt of teen pregnancy, paying more than $18 million in 2012 for public assistance, lost tax revenue and other associated costs, according to Co-County Wellness Services.

Carolyn Bazik, executive director of Co-County Wellness Services, said the agency has been working with community partners, including state Rep. Judy Schwank, a Ruscombmanor Democrat, since 2014 to make Berks Teens Matter a reality.

“A lot of times we talk about getting to root causes of issues in our community,” Schwank said, alluding to problems like poverty, incarceration and health problems. “Is this (teen pregnancy) not a root cause for so many issues we face?”

Bazik urged the community to learn more about Berks Teens Matter and the issue of teen pregnancy at the group’s website, berksteensmatter.org.

According to Berks Teens Matter:

By age 22, only 50 percent of teen mothers have received a high school diploma.

Only 10 percent of teen mothers complete a two- or four-year college program.

67 percent of teen mothers who moved out of their families’ households live below the poverty level.

Sons of young teen mothers are two times more likely to end up in prison than sons of mothers 20 or older.