What I Think You Should Know About Consent

There are very few teenagers who don’t date. And those who do are often, consequently, sexually active.

There is nothing wrong with being a sexually active teen (relationship or not), as long as you’re being safe about everything. When talking of safe sexual practices, many think of birth control methods, like condoms, but there is another very important aspect of safe sex. 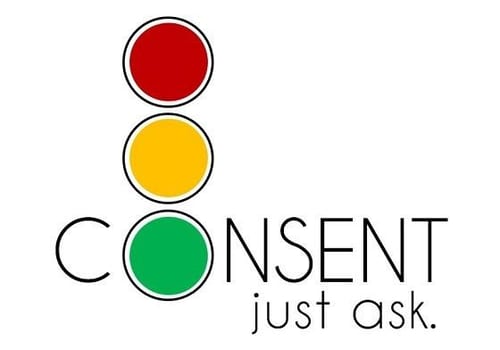 When sex education is taught, rape and assault is often presented as being random attacks or strangers at parties. But statistics have shown that 45% of victims know their attackers, and an additional 25% of victims reported being attacked by their significant other. And only 1/3 of attacks get reported.

The issue of consent goes beyond “date-rape drugs” and alcohol. It is coercion. It is pressure to have any kind of sexual encounters that you don’t feel comfortable doing. And I think that one of the most important things to keep in mind when being sexually active is that just because you are in a relationship with someone, does not mean you have to have sex with them.

This is something that I had known. And yet I went along with it anyway.

Being sexually active is a big responsibility. Making sure that both partners agree to the sex you’re having (without pressuring each other!) is only one of those responsibilities.