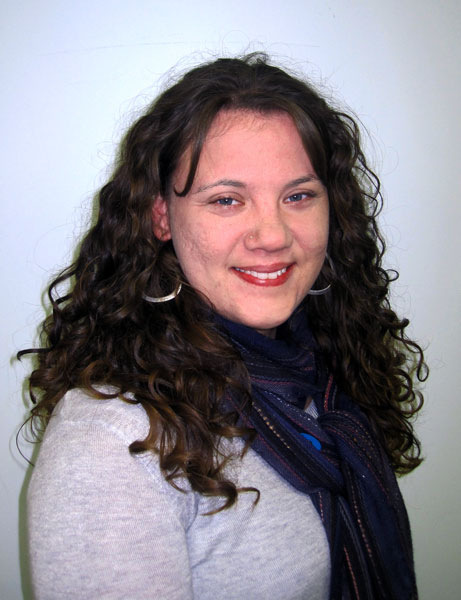 Bethany Bower has been named the new project manager for the teen pregnancy prevention non-profit. Bower was hired to fill the position after long-time project manager Dr. Jennifer May left the organization last September.

Bethany Bower comes to Berks Teens Matter with over a decade of community advocacy work and a passion for championing youth. Originally from Lycoming County, she attended Kutztown University where she majored in social work, with a minor in women’s studies. She later earned her graduate degree in social work from Kutztown.

Bower worked at Berks Women In Crisis (now Safe Berks) for over nine years. She held a variety of positions, including as a counselor to victims, medical advocate and community educator in local schools. During her time as a counselor, she gained a deep understanding of the powerful experiences being shared by victims in crisis.

The first-hand accounts from victims greatly influenced her approach to working with the general community, helping to connect in a more personal way and create awareness.

“Research and data are great, but I was able to also use a real-life narrative,” she said.

She developed an on-going series for middle school students, focusing on work with young girls and educating them about healthy and unhealthy relationships.

“What really draws me to Berks Teens Matter is that we’re talking about making real societal change, through collective impact,” she said. “I could meet with people every day, but if we’re not talking about changing the public perspective and the policies that impact them, then nothing is going to be done to alleviate their experiences.”

Her involvement with The Pennsylvania Coalition Against Domestic Violence included helping to change policy and identify best practices with the Gender and Sexual Justice Caucus for the LGBTQ community.

In addition to increasing awareness and visibility for Berks Teens Matter, Bower hopes to increase engagement with men and boys in our community.

Bower is deeply connected to working with youth and helping them find a voice. “Youth are our future, but they are also our hope and our inspiration. I think if we don’t learn from that and immerse ourselves in that, then we are missing out.”

Bower has been an active volunteer in the community for over a decade, doing work with The Reading Pride Celebration and the LGBT Center of Greater Reading. She continues to volunteer for Spectrum, an LGBTQ safe-haven run by Planned Parent Hood and with CatWorks, a non-profit rescue organization working with homeless cats and dogs.

Bower and her partner Jamie live in West Reading with their two cats and their dog Chesney.