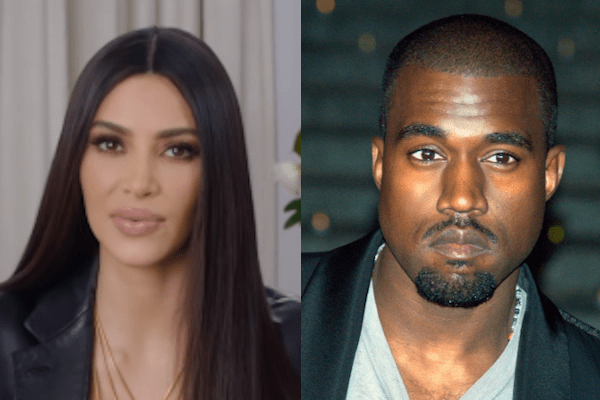 It was a practically promised “Happily Ever After”, so it was a shock in celebrity news and pop culture gossip when in early 2021, Kim Kardashian-West filed for divorce from her rapper husband Kanye West. After all, this was Kim’s third failed marriage, so it really wasn’t a question of who was to blame. It had to be her fault, right? She was the one with the track record. And she filed first. She was seemingly thinking only of herself and not of her family.

But then we got a glimpse of maybe why Kim had made this choice. Things started being shared on social media that made us stop and wonder what had actually led to their separation.

There is very rarely a moment when Kim Kardashian and Kanye West are not in the spot light. Social media, television, or recent news, –they’re not strangers to the attention. Kim has made a career out of being the “selfie queen” and has been a household name since 2007, when her family’s reality show Keeping Up with the Kardashian’s first aired.

Her beauty, fashion sense, and charisma captured the attention of millions globally, but especially for youth and teens. Kanye West’s musical career started by producing music for other artists, but in the early 2000s he released his College Dropout album, gaining the attention of critics and rap genre fans instantly.

Regardless of the positive or negative attention constantly around these two, their fan base and following doubled after becoming arguably the most famous celebrity couple of our time, the likes of Beyoncé and Jay-Z.

The birth of their first child North in 2013 was followed by their lavish wedding in Italy in 2014. Then Kim’s famous name-change to Kim Kardashian-West or KKW. They welcomed son Saint in 2015. In 2018 and 2019 the had two more children via surrogate, Chicago and Psalm. Their unique baby names stirred global frenzy and attracted even more adoration. First came love, then came marriage, then came the babies in the luxury baby carriage. Their relationship couldn’t have been more iconic or inspiring.

Kanye West’s mental health issues weren’t a secret even prior to his marriage to Kim. However, there were several mental breakdowns while they were married. Their separation only seemed to exacerbate his behaviors.

The month of February is national Healthy Relationships Month. Ironically it was February of this year when Kanye began displaying many unhealthy behaviors. The media and the public had a front row seat in witnessing much of it. He began making threats toward Kim’s new beau Pete Davidson, in both his music and on social media, harassing Kim by way of Twitter and Instagram posts frenzies and even went so far as to posting private text messages between the two of them. The messages have since been taken down, per her pleas with him.

So how did it go sour so fast? Why did she stay in this relationship if he was possibly displaying similar symptoms early on in the relationship? How do we learn to differentiate a partner who is “fighting for someone they love” from someone who is an abusive partner?

With another Healthy Relationships Month coming to an end, Berks Teens thought it was important to use a story like this one to illustrate how this can really happen to anyone. And to share important information and resources if you or someone you know is experiencing abuse or unhealthy behaviors from a dating partner.

Dating abuse is defined by loveisrespect.org as “an attempt by abusive partners to gain or maintain power and control, and it comes in many different forms”. Checking your phone frequently, putting you down in front of others, isolating you from family and friends, and possessive or controlling behavior are some of the signs identified on loveisrespect.org of abusive relationships. Other characteristics identified are eerily similar to the recent events between Kim and Kanye: extreme jealousy or insecurity and explosive outbursts, temper, or mood swings.

The Domestic Abuse Intervention Project has a useful tool called the Power and Control Wheel that helps you understand the characteristics of dating abuse and can be found on http://www.theduluthmodel.org./

If you or someone you love may be experiencing the symptoms of an abusive relationship or behaviors, please get help. Remember that love is patient, kind, and supportive, and you deserve nothing less.